But are employees and executives aligned on the primary purpose of the workplace?

In our latest At Work report, we surveyed 1,000 employees and 250 executives in the United States to find out how they really feel about the workplace. Here’s what we uncovered:

Executives are split on the workplace’s main purpose

For executives, the story is more complex. Executives want employees back in the office. But do they want them back so they can accomplish more in the office? Or do they want to cultivate community and relationship-building onsite?

With an almost 50/50 split, it’s not always clear what the intention of return-to-office is for company leaders. And this mixed messaging can make it difficult for employees to develop trust with executives. Plus, depending on gender, age, or position, executive’s preferences can change even more. Let’s take a look at a nuanced data we found in our report.

The more senior you are in your role, the more likely your sights are set on driving strategic business outcomes and delegating tasks. That’s why we weren’t surprised to find that executives who were at the C-suite level (49%) were more likely than those at the director level (34%*) to see the office as a place for building relationships with coworkers.

Those higher in their positions and those with a longer tenure at a company value building relationships with their colleagues more than getting individual tasks done. They’re more focused on building strategic connections and empowering others to do the day-to-day detailed work.

Relationship-building is more important to men than women

When it comes to the workplace, men and women have differing viewpoints. In our report, we found out that female executives were less likely to express proximity bias than men. They were also more likely to view traditional office stigmas as negative behavior than men were. So how do male and female execs differ when it comes to productivity and relationship-building?

74%* of female executives say their primary motivation for socializing with coworkers in the office is to build stronger work relationships and do better work. Only 61% of male executives voted the same way. In fact, male executives spread their responses across several different reasons for wanting to socialize.

So although female executives might view the office less as a place for relationship-building, the relationships that they do build might be more intentional in the role they play in the workplace.

*Small base size: findings are directional. Small base sizes indicate that a percentage was derived from a sample size of less than 100 respondents. As such, this percentage is subject to increased variance. Due to the small sample size of respondents, the data is not statistically significant enough for us to draw a firm conclusion. However, we have enough data to know that our hypothesis is moving in the right direction.

Executives and employees aren’t totally aligned on the purpose of the workplace. While employees maintain productivity to be the most important outcome of working in an office, executives’ responses tell a much more complex story.

Regardless of whether productivity or relationship-building reigns supreme, the workplace is the home for both. A workplace can be where employees come to get their weekly work done. But it can also be where they come in to collaborate and socialize with their colleagues. As a workplace manager, it’s important to create spaces for both of these preferences to thrive.

Want to learn more about the differing viewpoints between executives and employees? 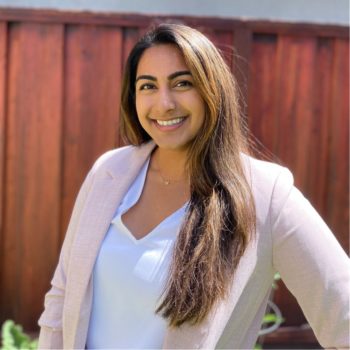 Maria is a content marketing manager at Envoy, where she helps workplace leaders build a workplace their people love. Outside of work, her passions include exploring the outdoors, checking out local farmers' markets, and drinking way too much coffee.